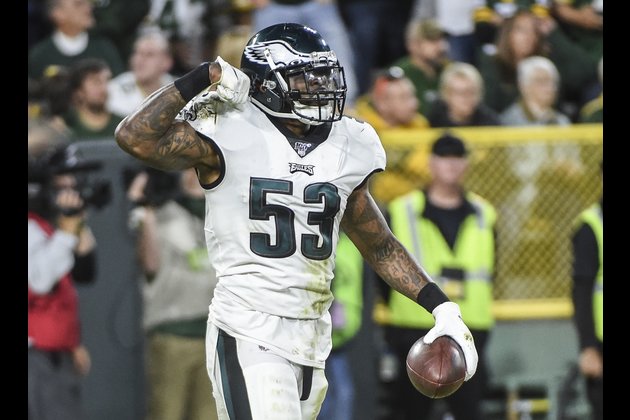 The Philadelphia Eagles will decline the contract option on linebacker Nigel Bradham, making him a free agent on March 18, according to multiple reports Tuesday.

Bradham, 30, has been a four-year starter for the Eagles after playing four seasons with the Buffalo Bills. He made 61 tackles last season, starting all 12 games in which he played. Bradham posted 348 tackles, including 21 for loss and five sacks, in 58 career games in Philadelphia.

He signed a five-year, $40 million contract in March 2018, but only $8 million of that was guaranteed. He was scheduled to make $8 million in base salary in 2020. By parting ways with Bradham, the Eagles will save about $4.5 million in cap space next season, according to ESPN.

In eight seasons, he has 619 tackles, 34 for loss, 8.5 sacks, three interceptions and five forced fumbles.