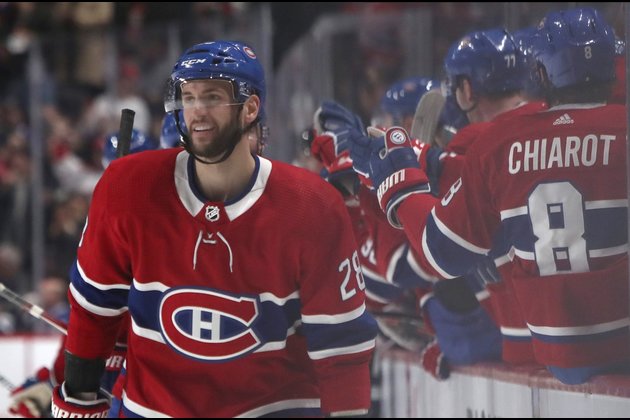 The St. Louis Blues acquired defensemen Marco Scandella from the Montreal Canadiens on Tuesday in exchange for a 2020 second-round draft pick and a conditional fourth-round pick in 2021.

This will be Scandella's third team this season. He played in 31 games for Buffalo after being traded Jan. 2 for a fourth-round pick. Scandella appeared in 20 games for Montreal and has season totals of four goals and eight assists.

The 29-year-old will help shore up the St. Louis blueline after defenseman Jay Bouwmeester suffered a cardiac episode in a game last week. The team placed him on long-term injured reserve Tuesday and assigned defenseman Niko Mikkola to the San Antonio Rampage of the AHL.

Montreal will receive the 2021 fourth-round pick if the Blues re-sign Scandella or if St. Louis plays in at least two rounds of the playoffs, with Scandella appearing in at least half of the games.