Yankees P Paxton at 'full strength' after back surgery 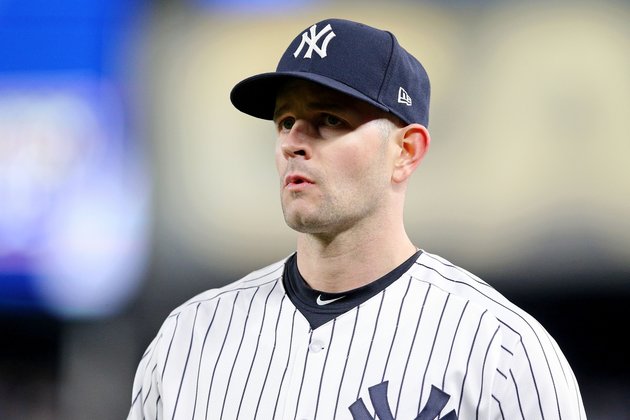 New York Yankees left-hander James Paxton said he is fully recovered from back surgery and ready to pitch whenever the season starts.

After going 15-6 with a 3.82 ERA in 29 starts in his first season with New York in 2019, Paxton underwent surgery in February to repair a herniated disk and remove a cyst.

"I think I've thrown probably 12, 14 bullpens," he told the YES Network on Friday. "It's my back feeling really good. My back is a non-issue. I feel totally healthy, so I'll be ready to go as soon as the season comes about. ... I think I'm back to full strength."

Paxton, 31, said he has been working on his rehabilitation at his home in Wisconsin while Major League Baseball is on hiatus due to the COVID-19 pandemic.

"The velocity is getting better and better, breaking balls and stuff like that, getting a feel for my pitches, so everything is going really well," he said. "I've seen some good results there, so I'm continuing to try and improve over this time, even though we're not playing."

Paxton was traded to the Yankees in November 2018 after playing his first six seasons with the Seattle Mariners. He is 56-32 for his career with a 3.50 ERA and 803 strikeouts in 733 innings.