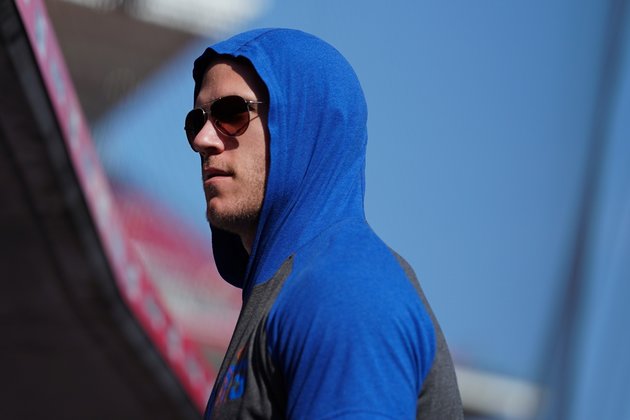 Mets pitcher Noah Syndergaard signed a lease to live in a New York penthouse during the 2020 season but didn't move in and hasn't paid the rent, according to a lawsuit filed in federal court, USA Today reported.

However, Syndergaard "treated the binding Lease like an option" instead of a binding contract, according to the lawsuit, which was filed Thursday in the Southern District of New York.

The landlord contacted Syndergaard on April 17 to notify him he was in default and owed in excess of $80,000. The complaint states that Syndergaard's attorneys informed the landlord that the pitcher wouldn't be moving in and that the Lower Manhattan unit should be put back on the rental market. A tenant has yet to be found.

Syndergaard wound up not needing a season-long New York home. On March 26, he had Tommy John surgery on his elbow and will miss the season.

In the suit, the property manager is asking for at least $250,000 for breach of contract and other fees.

The Texas native signed a one-year, $9.7 million contract with the Mets in January to avoid arbitration.