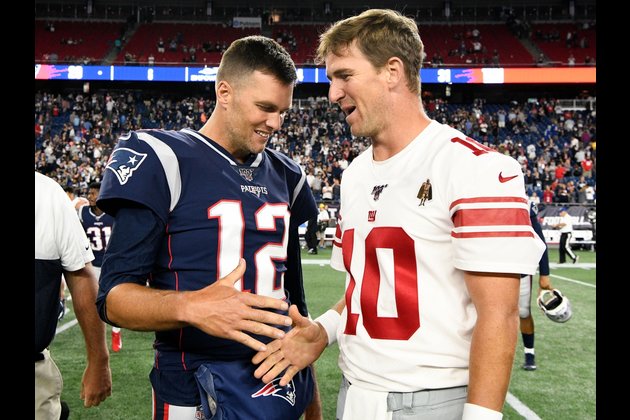 The Brady-Manning trash talk started a day early on Saturday.

Retired New York Giants quarterback Eli Manning launched his first-ever Twitter account, and one of the first comments he got came from Tom Brady, whom Manning beat twice in the Super Bowl with come-from-behind, fourth-quarter wins.

"Welcome @EliManning," the Tampa Bay Buccaneers quarterback wrote to Manning. "In typical fashion, you never showed up until the 4th quarter anyway."

Manning had a comeback for Brady, who is playing in Sunday's "The Match: Champions for Charity" golf tournament. Brady will be paired with Phil Mickelson, while Tiger Woods will partner with Eli's big brother, Peyton Manning.

"Hope your golf game is as polished as your Twitter game. Don't hit it in the lumberyard," the younger Manning responded to Brady.