FIFA WC: Canada better than us in what we wanted to do, says Belgium manager after win 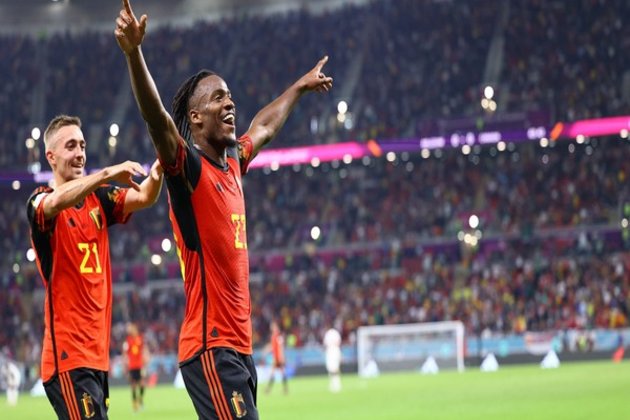 Ar-Rayyan [Qatar], November 24 (ANI): After his side's win over Canada in their FIFA World Cup 2022 opener, Belgium manager Roberto Martinez said that he is delighted how his side won due to its "grit and experience" though Canada was better than them in what they wanted to do.

Michy Batshuayi scored the only goal of the game as Belgium overpowered Canada 1-0 in a Group F match of the ongoing FIFA Qatar World Cup 2022 at the Ahmed bin Ali Stadium.

"It was such a difficult game. Canada were better than us in what we wanted to do. They have a lot of pace and directness, and to be fair we had to show another side to our play. I am delighted because we won the game through grit and experience, and the quality of our goalkeeper that can keep you in a game with a penalty save. Victory for me is more important than when you play well," said Martinez as quoted by Sky Sports.

"Canada deserved to be better than us in the way they approached their performance. But in the end, the result reflects what we had to do and the way we defended each other, and we took our chance.""You have seen many top teams losing games and in this tournament, you develop and grow as they go in. If you do that by winning games it is an incredible advantage. We did not play well, that is clear, but we need to be realistic and appreciate the win. When a team can win a game without playing well it's a lot to build on," he concluded.

As the match started, Thibaut Courtois denied Alphonso Davies a goal from the spot as Belgium survived the early scare. It was tremendous save from the Real Madrid star.

In 10 minutes, a Taylor Buchanan strike hit the arm of Yannick Carrasco in the area, giving Canada a wonderful chance to take the lead, but Davies' weak effort was saved by Thibaut Courtois.

A shaky start from Belgium but Canada somehow manage not to score. Courtois went above and beyond with his class as the goalkeeper straightforwardly saved the goal another time.

The North American team maintained their lead in the first half, despite an old Belgian backline cracking in the face of surges of attack, but they fell behind after 44 minutes.

Canada had plenty of chances, including a penalty, but they could not find the back of the net.

Belgium head into the break leading Canada 1-0. Michy Batshuayi scored against the run-of-play after Belgium were on the back foot for the majority of the half.

Belgium were on the back foot for most of the match, but Batshuayi's score against Canada gave them a hard-fought win. (ANI)