FIFA WC: Proud of my team's performance, they made fans proud, says Canada manager Herdman after loss to Belgium 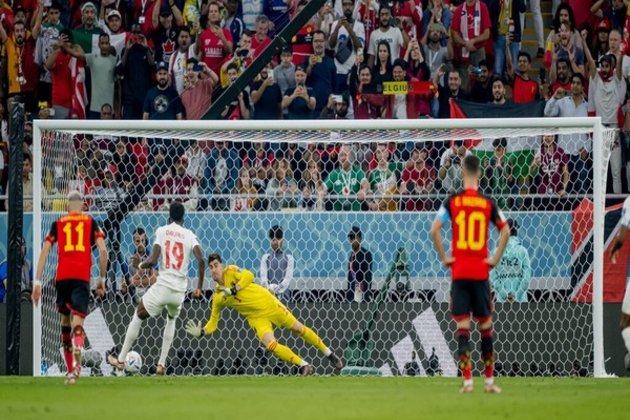 Ar-Rayyan [Qatar], November 24 (ANI): Following his side's loss to Belgium in their FIFA World Cup 2022 campaign opener, Canada manager John Herdman said that he is proud of his side's performance and they made their fans proud.

Michy Batshuayi scored the only goal of the game as Belgium overpowered Canada 1-0 in a Group F match of the ongoing FIFA Qatar World Cup 2022 at the Ahmed bin Ali Stadium.

"I am proud of the performance, but you need to take three points in your first game. We had an opportunity tonight to go top of the group, that was the mission and we missed it. As I said these lads put in a shift, they showed they can live on this stage and they made the fans proud. They feel they can belong here, that was the message for us," said Herdman as quoted by Sky Sports.

"We are going to go against Croatia, that is our mission now. I told them I lost my first game at London 2012 [in charge of Canada's women] and we went on to win a medal. It is how we respond now. With that belief, and if we keep the brotherhood tight, we have got a chance," he added.

As the match started, Thibaut Courtois denied Alphonso Davies a goal from the spot as Belgium survived the early scare. It was tremendous save from the Real Madrid star.

In 10 minutes, a Taylor Buchanan strike hit the arm of Yannick Carrasco in the area, giving Canada a wonderful chance to take the lead, but Davies' weak effort was saved by Thibaut Courtois.

A shaky start from Belgium but Canada somehow manage not to score. Courtois went above and beyond with his class as the goalkeeper straightforwardly saved the goal another time.

The North American team maintained their lead in the first half, despite an old Belgian backline cracking in the face of surges of attack, but they fell behind after 44 minutes.

Canada had plenty of chances, including a penalty, but they could not find the back of the net.

Belgium head into the break leading Canada 1-0. Michy Batshuayi scored against the run-of-play after Belgium were on the back foot for the majority of the half.

Belgium were on the back foot for most of the match, but Batshuayi's score against Canada gave them a hard-fought win. (ANI)